For a while there, the Muppets weren’t doing so well. Nobody was making Muppet movies anymore. The show was nothing but a distant dream. To make ends meet, they had to stoop to lows like starring in Denny’s commercials. Let that sink in for a minute: Miss Piggy was selling breakfasts with names like “Moons Over My Hammy.”

But then, Jason Segel came along, another movie happened, and all of a sudden the Muppets were a thing again. A thing with all of the ’80s nostalgia feels. A thing that took over LA’s Skirball Cultural Center this summer.

The Jim Henson Exhibition: Imagination Unlimited wasn’t just about the classic Muppets. It was about the entire Henson universe. Kermit was there, obviously, and so were all of his friends. There was also a strong showing from Sesame Street (like Bert & Ernie above, and Grover below) and from other shows like Fraggle Rock and Muppet Babies. 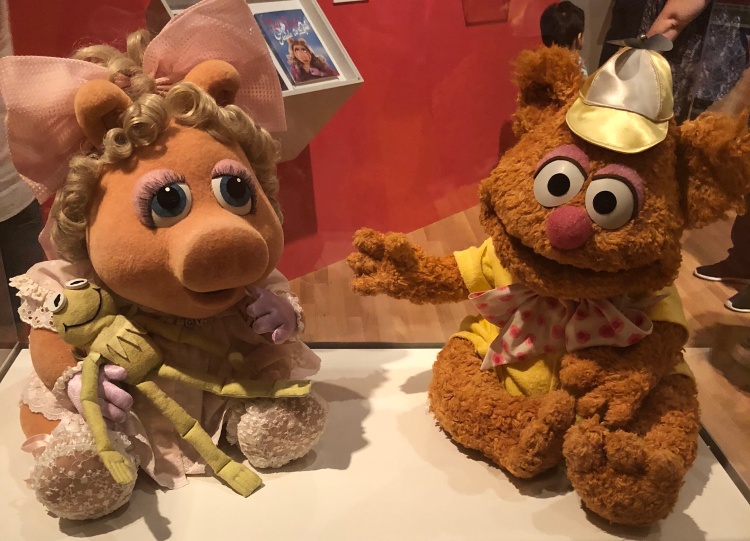 I’ve always been averse to seeing the inner workings of the Muppets. Seeing people work the levers of other puppets was always fine – because they were just that: puppets. But the Muppets were my friends before I realized they weren’t real creatures. I’ve done everything I can to preserve that idea in my head. So I was apprehensive about seeing this exhibit – because as much as I love the Muppets, I didn’t want to see how the sausage was made. It turns out that really wasn’t a problem. There weren’t any visible hand-holes or wires. It was a little bit like the dioramas at the American Museum of Natural History in New York: I could just enjoy what I was seeing without thinking too hard about how it got there.

The exhibit also had puppets from The Dark Crystal, but because I never had the warm and fuzzies for that movie, I didn’t pay much attention. However, in the same room, the costumes from the most memorable scene from Labyrinth were on display: the gown worn by Jennifer Connelly and the suit worn by David Bowie in the ballroom scene. 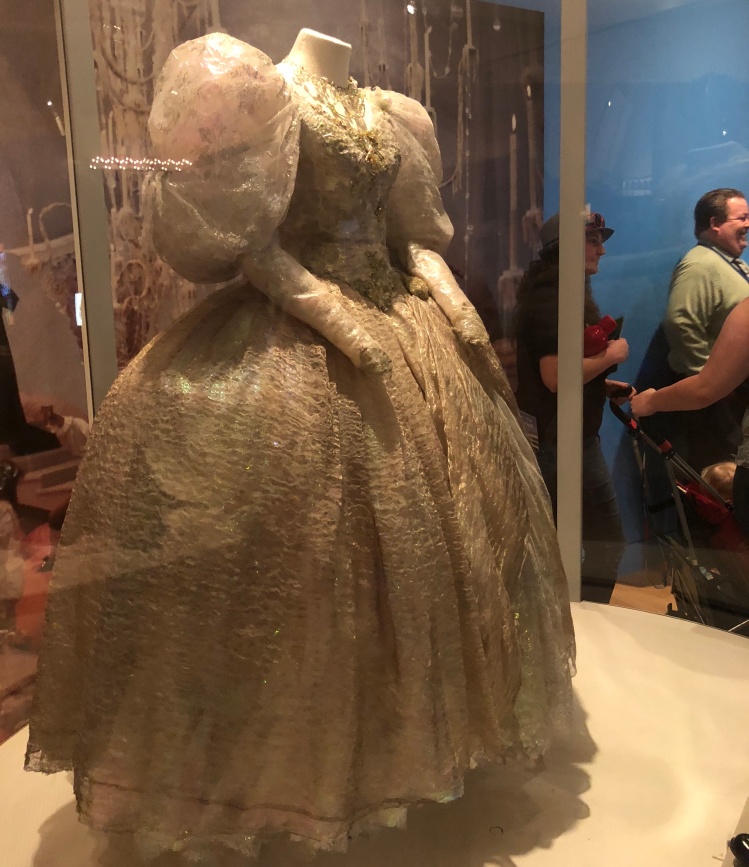 Also, check out the real toys from Sarah’s bedroom, including Lancelot, the teddy bear that started the whole adventure.

There were also some really interesting interactive elements, like an entire wall of tiled clips of The Muppet Show with some of its most iconic scenes, like Elton John playing piano backstage, Mark Hamill brandishing a light saber and Alice Cooper skulking through a graveyard while singing “Welcome to My Nightmare.” The best part, though? Getting to feel, for two seconds, like I was on the show myself.